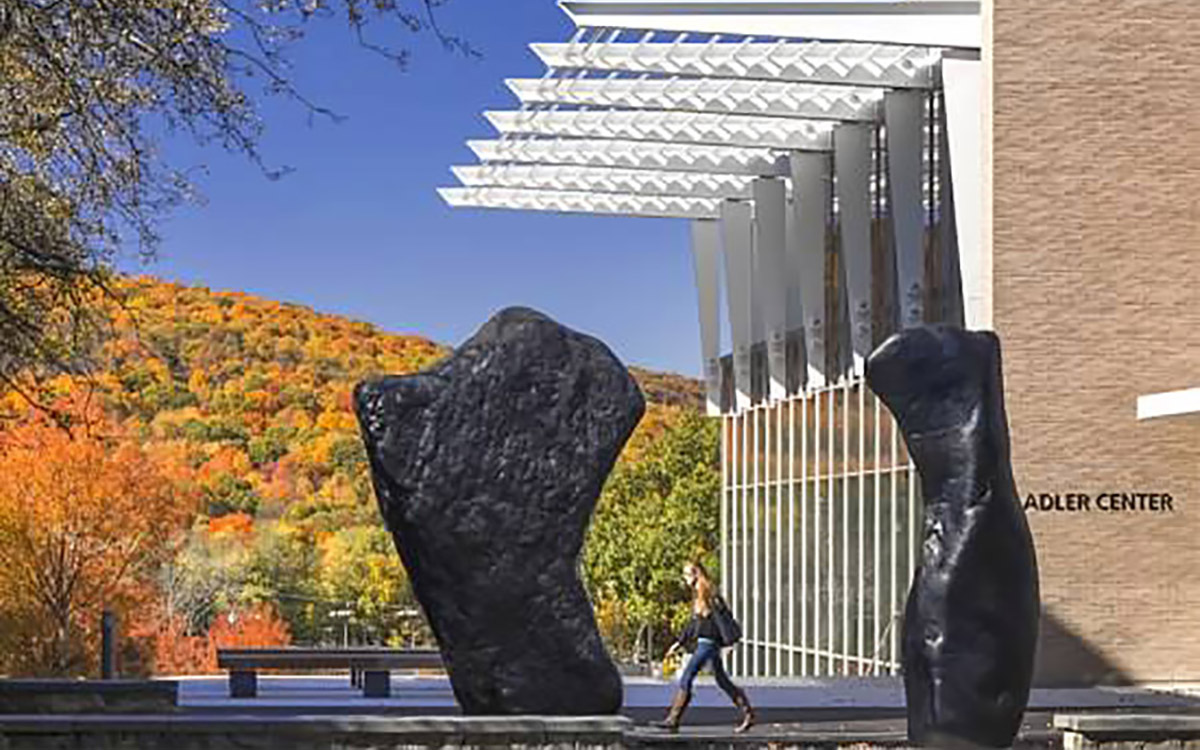 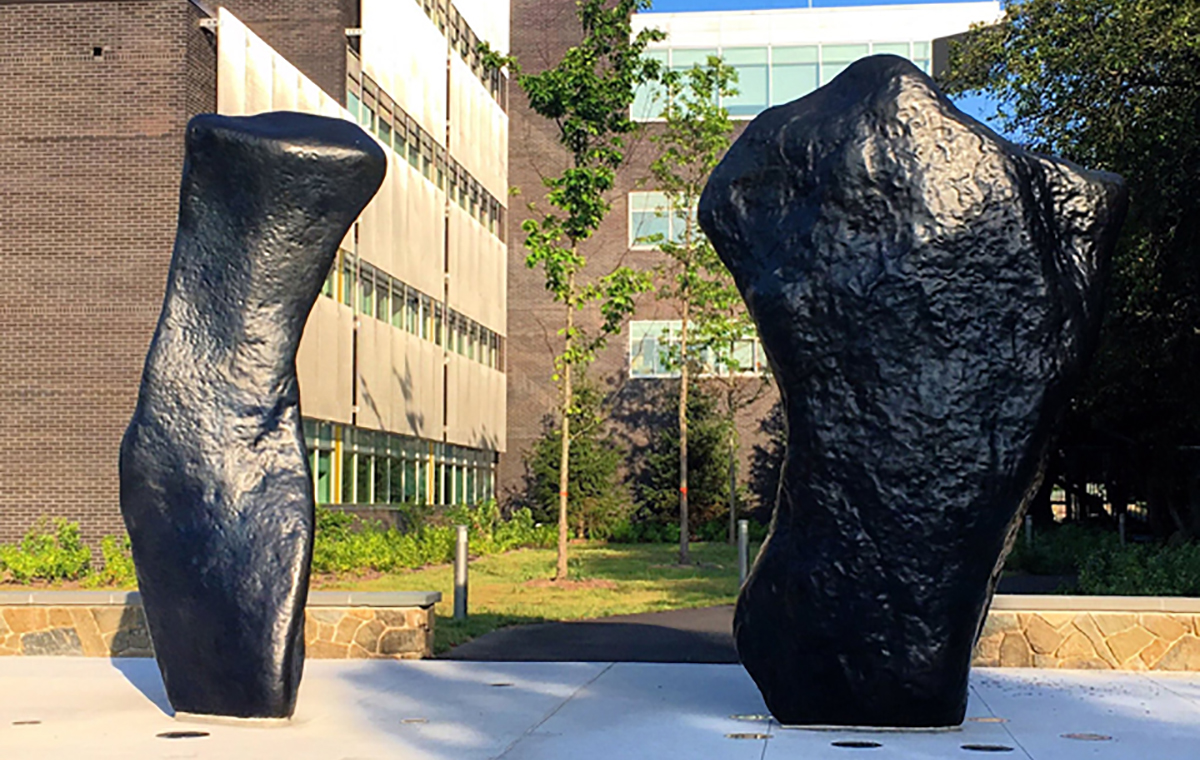 MAHWAH, N.J. — Ned Smyth, an exhibition by the renowned artist recently selected for a site-specific artwork at Ramapo College, opens on Wednesday, February 3 in the Kresge Gallery in the Berrie Center for Performing and Visual Arts. There will be an opening reception from 5 to 7 p.m. with an artist’s talk at 6 p.m. Ned Smyth’s cast bronze sculptures Male and Female Torsos have been placed adjacent to the new Adler Center for Nursing Excellence, through the New Jersey Public Buildings Arts Inclusion Act program. The exhibition continues through March 4.

The exhibition in the Kresge Gallery will form an overall installation in various media with stones, photographs and sculpture maquettes.

Smyth has a long and respected artistic career. In 1985, after showing internationally for 10 years, Smyth focused solely on large-scale public commissions. Throughout his career, Smyth has collected and catalogued found stones broken from mountains, carried by glaciers, dropped at glacial moraines and smoothed by tides and sand. Smyth scans the stones to make 3D models and casts them in bronze. He first introduced these forms into his work for a 2004 commission titled 1 to 2, for Landscape Park and NJT Station in Port Imperial, New Jersey. This led Smyth back to making objects focused directly on natural forms and scaled for gallery exhibitions. Recently, he has added photography as a medium to explore these stones.

Ned Smyth’s work has been selected for numerous other public art projects in the United States, including The Upper Room, the first site-specific sculpture, commissioned for Battery Park, New York City. He has exhibited his work internationally, including The Museum of Modern Art, the Whitney Museum of American Art, the Hirshhorn Museum, PS1, the Venice Biennale, Galerie Bruno Bischofberger, Galerie Rudolf Zwirner, 112 Greene Street, and Holly Solomon Gallery.

The project at Ramapo is funded in part by the New Jersey State Council on the Arts/Department of State, a Partner Agency of the National Endowment for the Arts. The Kresge Gallery is located in the Berrie Center for Performing and Visual Arts on the Ramapo College campus. Gallery hours are Tuesday, Thursday and Friday from 1 to 5 p.m. and Wednesdays from 1 to 7 p.m.