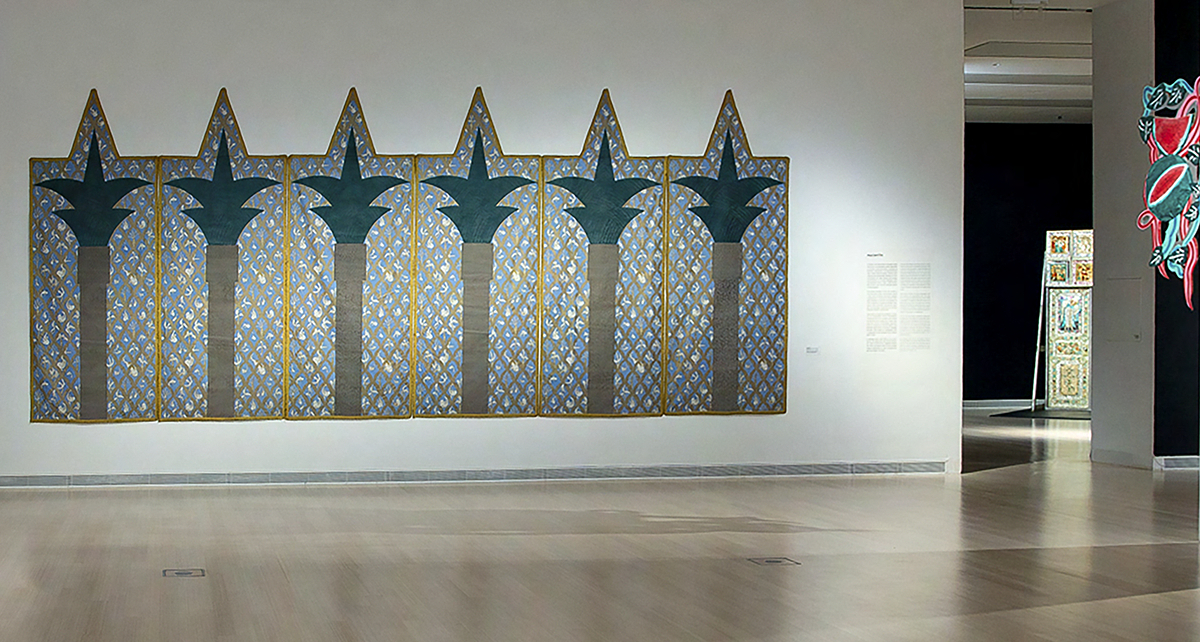 The movement Pattern and Decoration was developed in the USA in the 1970s by a number of artists, such as Joyce Kozloff, Valerie Jaudon, Robert Kushner and Miriam Schapiro. Followers of the movement radically distinguished themselves from the predominant Minimal Art and Concept Art at that time. They questioned not only traditional notions of art, but also addressed broader political and social issues, such as activities of the feminist movement, or the situation of Native American communities. Their subject matters were articulated through an aesthetic of captivating ease and seductive beauty: with works that celebrate sensuality, fantasy and colour, as well as an immediate lust for life.

The exhibition will present a selection of works from the Peter and Irene Ludwig collection that demonstrate the movement’s diversity for the very first time in Europe: the spectrum of artistic forms ranges from mosaics influenced by oriental art, monumental textile collages, paintings, and graphic works through to room-sized installations and video performances.

The project was initiated by the Ludwig Forum für Internationale Kunst Aachen and realised in cooperation with the mumok – Museum Moderner Kunst Stiftung Ludwig Wien.